Today is my second anniversary .. I knew my leader two years ago .. since 15 July 2013 .. it isn’t a very long period but it was enough to know this man very well .. for most of the people we are just crazy ladies who love someone they don’t actually know .. but for us it’s different and a very important thing .. anyway from months I was always saying that I’m busy & that’s why I neglected the blog and the Facebook page .. yeah I was but I wasn’t busy with my own business but with an important thing that related to the leader and our family (Henecia) & I didn’t say anything about it from the first day .. because I was afraid of stealing the Idea .. so it’s a secret and will be a secret till I finish the whole project by my third anniversary 15 July 2016 .. but all what I want your support till then & wait for Kim Hana’s project (Henecia Planet) .. the project will be in the most knowing languages (Arabic & English) .. hope all of our family will find it helpful and lovely .. and here some photo hints of it .. I’m sure most of you will find out what I’m talking about ..

Today I won’t say let’s participate in this or that project .. this time you can send your own letter by yourself ..

lately when the Henecians visited Jaksal restaurant .. Hyun Joong’s friend and aunt gave them the permission to send their own letters to Hyun Joong on the restaurant’s address and from there they will deliver the letters to the leader (correction this is not Jaksal’s address .. this is the P.O. box address for the fans who want to send him a letter during his military service ) .. so, it’s easier now .. you can write your letter by handwriting or just print it from your computer then go to the nearest post office & send it .. write whatever you want from supporting messages to farewell Messages ..

Good luck with your sending .. hope you all the luck .. here is the address in the English & the Korean language ..

After a long time (about 2 months) without any news except from his aunt & Jaksal friends who were good to us and telling us about his Situation and news .. Finally he is here .. A fan cam caught Hyun Joong @ GIMPO Airport while he was returning from Jeju island on 25.04.2015 .. and the source said that He was having a trip with his managers at Jeju Island before his enlistment to the army .. also The Fans in weibo added that he boarded the car alone and the two girls were just fans .. because many fans thought that he was with Ms. choi ..
Cr: 501wangja

And about His enlistment .. we got many news about it recently .. but we still don’t know .. Is it just a intrigue like the last time from Key East or It’s true this time ..

From [OSEN]
[Kim Hyun Joong determine enlistment date will be enlisted in May]
Kim Hyun Joong, last month due to personal matters raised enlistment extension application to the Office of Military Manpower and obtain license extension, has been identified and will be postponed to enlistment in the army in mid-May .
cr: @韩国me2day/@ Korea me2day

From [TV Report]
as reported earlier, Kim Hyun Joong after the end for an extension of one month, will enter mid-May enlisted news, Kim Hyun Joong’s company on the 22nd said,” Kim Hyun focuses on entering the army in a quiet manner, we respect Kim Hyun Joong’s choice, the exact date and place of enlistment we can not confirm, please understand. ”
cr: @韩娱Doublek/@ Korean Entertainment Doublek

The question here .. Are we ready for this step !

Hello my family .. I really missed all the good people who I met here because of the leader .. It’s been a very long time since I updated this place .. even after this long time I won’t talk a lot about the leader today .. even I know most of you will skip that article .. but I still wanna write it .. because this is the only place that I can reveal my feelings on it .. for who don’t Know me I’m Hana .. Kim Hana .. that person who love each one of our Henecia family .. or any one love the leader just a little .. recently I wasn’t here because I wanted to create a place or a small club for Henecia here in Egypt in another meaning collect our members together in a same place .. but it seems a very difficult problem .. once ago I thought that I can change the world by the good manners and treating every one well .. but it’s not like that .. now I think that I have to treat everyone with the same manners .. I stayed among the foreign fans about two years .. and they were really nice to me .. I never met a lady who was bully or aggressive to me .. all of them were nice and treated me very well .. even I was young they respected me .. I’ll stop here to say thanks Ms. Elena – cathy – lily – c.stock – fl chan – Cathryn – tracy – Lina – Deanna and all who was here and treated me well ..

when I tried to do the same here (in my country) I did it in a friendly way & I was very passionate to meet them and make some events and projects by our name Henecia Egypt .. I didn’t want to take some one position or something from what they have said .. I wasn’t have any intention to Interrupt anything .. all what I was in need is making them happy .. I thought I can make some friendships .. talking to them or send them some gifts .. that all what I wanted nothing else .. but they were really trouble makers they were really bully (not all of them just some to be honest) ..

what hurt me a lot when they said “who do you think that you are to separate us? (they meant the Egyptian Triple S & Henecia) “I stopped for a moment then I couldn’t prevent myself from crying then I said to myself .. why are they doing that ? I’m nothing or I just Kim Hana .. a member from Henecia planet and I wanna make all our family happy .. even Why would I take any one place while I have mine ? I just was trying to help them ..

since the first scandal I didn’t cry .. and I swear that I won’t cry and I’ll support my leader strongly .. but it seems that I can’t stand any more .. I wanna cry because I’m so tired .. I’m so worry about my leader .. It’s really difficult for me .. How can I cry while I used to be the one who console everyone but herself ! the one who don’t care about herself and she only care about everyone else ! It’s so difficult for me .. but I won’t stop here .. I’ll complete what I began two years ago .. I’ll support my leader and I won’t give up now ..

The WordPress.com stats helper monkeys prepared a 2014 annual report for this blog.

The Louvre Museum has 8.5 million visitors per year. This blog was viewed about 100,000 times in 2014. If it were an exhibit at the Louvre Museum, it would take about 4 days for that many people to see it.

Merry Christmas to all our Henecia family all over the world .. wish you all the best 😀 😀 & Merry Christmas for Our leader “Kim Hyun Joong” .. you make our life better oppa thanks for everything .. all of us wish you the best in you life & hope you have a happy successful year .. because you are our only one .. who make us really happy and smiling all the time .. 9 years from now .. we are going to look back and remember .. that you were that person .. who could turn every frown into smile .. that person .. who made the biggest difference in our life .. Marry Christmas & God bless you my king 🙂

Finally my leader is here

you will find here all the new news about kim hyun joong & his songs & some funny videos about him & and may be later i'll download his old and new dramas .. 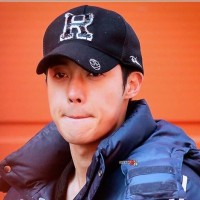 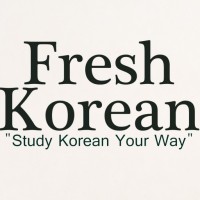 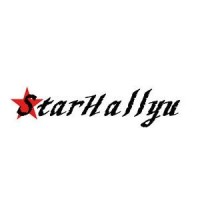 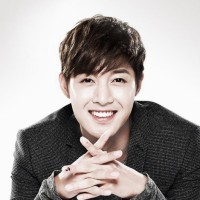 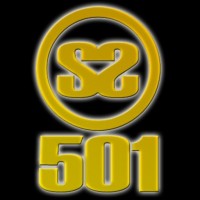 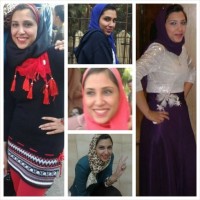 countries which visit me ..

you will find here all the new news about kim hyun joong & his songs & some funny videos about him & and may be later i'll download his old and new dramas ..

because anything is possible with Charisma

A peaceful place to relax while on my wild joyride to Egypt from South Carolina.

My Love Is Your Love

My letters to kim hyun joong

everything here is about me .. my drawing .. woolen work .. designs (simple dresses) .. and everything .. have written by me .. here you will see my daily life ..

WordPress.com is the best place for your personal blog or business site.

The latest news on WordPress.com and the WordPress community.